Mammals, wildlife trade and the next global pandemic 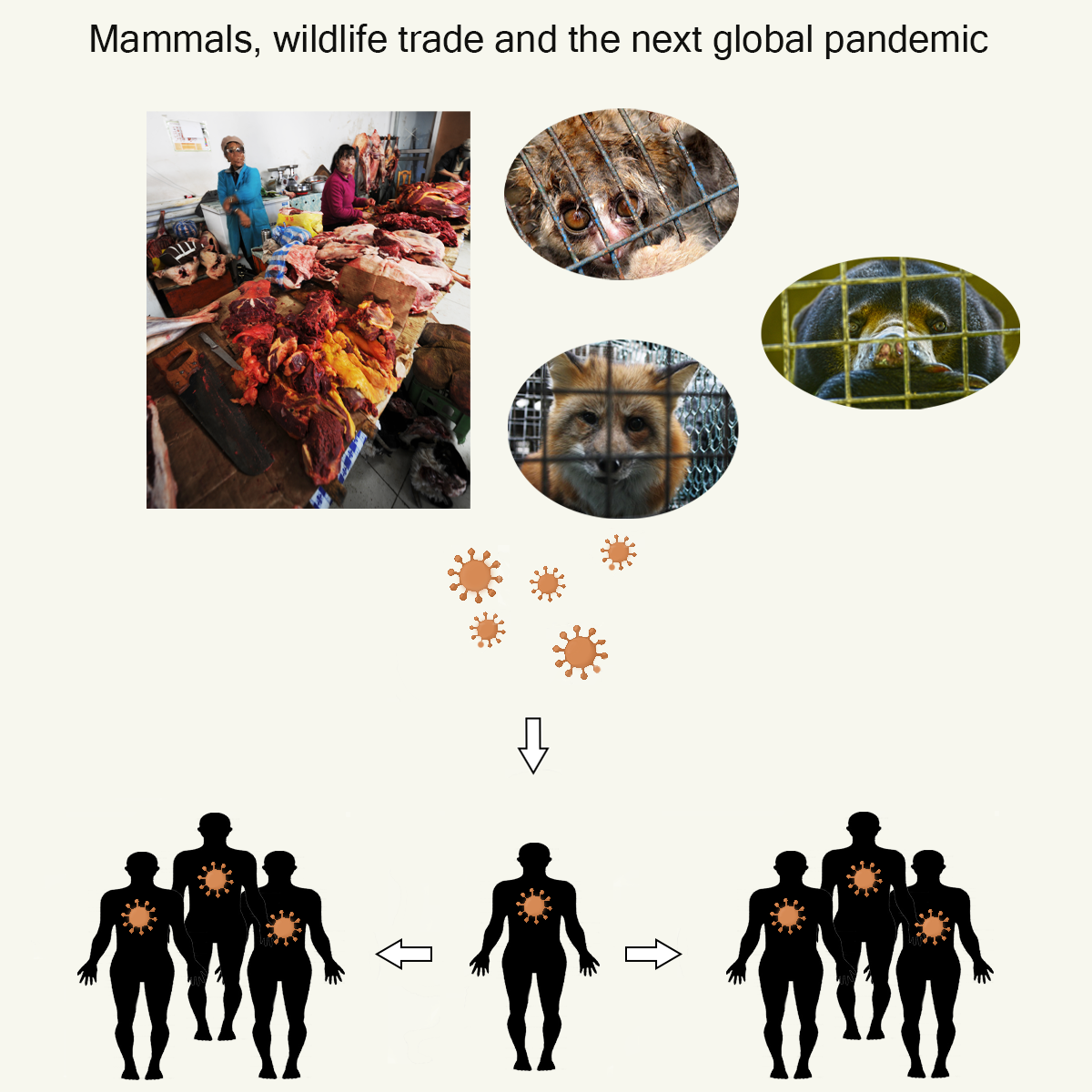 Get the full picture

Most new infectious diseases emerge when pathogens – disease causing microorganisms – transfer from animals to humans. The suspected origin of the COVID-19 pandemic in a wildlife wet market has resurfaced debates on the role of the wildlife trade as a potential source of emerging zoonotic diseases. Yet, there are no studies quantitatively assessing zoonotic disease risk associated with wildlife trade. At least not until now.

Overall, our findings strengthen the evidence that wildlife trade and zoonotic disease risks are strongly associated, and that mitigation measures should prioritize species with the highest risk of carrying zoonotic viruses.

Curbing the sale of wildlife products and developing principles that support the sustainable and healthy trade of wildlife could be a cost-effective investment given the potential risk and consequences of zoonotic disease outbreaks.

Dr Nagaraju is a senior applied scientist for TNC India. In this capacity he oversees  science, conservation planning and implementation across all the projects we work on throughout the country.